Green spruce aphid (Elatobium abietinum) is an insect that infests spruce trees. Unlike most aphids, the green spruce aphid is active and causes damage to spruce trees (Picea species) over the winter months. This aphid differs from most other aphids by being active from autumn to spring, instead of in the spring and summer. This pest is particularly damaging in mild winters, which enable it to breed more rapidly.

While not technically a forest pest, ticks are more than just a nuisance and can cause serious illness. Lyme disease or Lyme Borelliosis was originally thought to be something you would catch overseas. In recent years Lyme disease awareness has grown and cases of the disease have become more prevalent with cases now being diagnosed in Ireland as well as abroad.

Lyme disease initially presents as a flu-like illness sometimes with a classic 'target' type rash - a large patch on the skin with a red border and pale centre. People may experience dizziness, joint pain and fatigue but this is not always the case. If diagnosed early and treated with antibiotics, Lyme generally causes no problems. However, if it is missed or misdiagnosed, it can develop into secondary or tertiary Lyme disease - a condition that can cause chronic fatigue and other problems. It is important that people are aware of the risk of Lyme disease and take precautions to prevent tick bites or deal with them properly.

There are a number of sources for information on Lyme Disease: 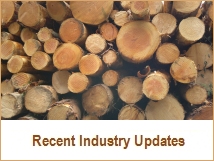